Home
|
Celebrity
|
Movie review: Jackie Chan gets his ‘Taken’ moment with ‘The Foreigner BY SAEED NASIR 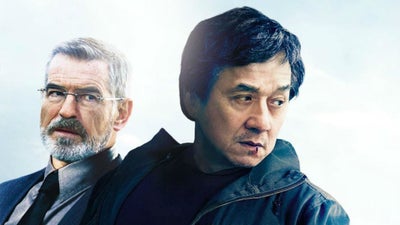 Legendary action star and martial arts maestro Jackie Chan gets his “Taken” moment with the terrorism thriller “The Foreigner,” compiled by David Marconi and directed by frequent Bond director Martin Campbell. Chan co-stars as a guy seeking vengeance for the death of his daughter in a bloody London bombing. His counterpart is a grizzled former 007 himself, Pierce Brosnan, growling his way into a meaty and morally ambiguous role as former IRA member and Irish Deputy Minister Liam Hennessy, attempting to politick his way round the aftermath of the bombing, which is claimed by way of a rogue IRA cell.

Adapted from Stephen Leather’s novel “The Chinaman,” “The Foreigner” is merely so-titled because the alternative could have caused an outcry. Chan’s character Quan Ngoc Minh is mostly known as “the Chinaman” throughout, even though he’s ethnically Vietnamese. Despite its literary origins, the film feels a little such as a writer tossed a few darts at a board labeled with aging action stars and various terrorist groups and just decided to make it happen. Jackie Chan versus the Irish Republican Army? That can work. What’s next: Bruce Willis versus ETA? Jean-Claude Van Damme assumes Aum Shinrikyo?

Chan’s role is brooding, serious and simple. He wants names. Names of those in charge of his daughter’s death. Rebuffed by the authorities and government, he relies on his old bag of tricks, developed in the jungles of Vietnam, honed by U.S. Special Forces. He detonates homemade bombs with notes just reading “NAMES” all over the environs of deputy minister Hennessy’s stomping grounds of Belfast. He plants nasty jungle traps, ensnaring Hennessy’s thugs. All merely to get some good facetime with the minister. These bombers certainly messed with the wrong dad.

Chan, now in his 60s, isn’t the energetic tornado of whirling kicks and punches he was previously, but he’s still got it. His fighting style in the film is brutish, resourceful and intensely effective. Brosnan is the talker, deploying his suaveness, talking out of both sides of his mouth to British politicians and his cabal of former (or are they?) IRA militants.

It’s a refreshing change of pace to see Chan in this more serious role, but he isn’t given all that much to do. When he isn’t in motion, he stares vacantly, communicating his shock and trauma, his character merely a violent automaton.

The IRA revival storyline hampers the father’s revenge plot and vice versa. We never dig deep enough to seriously care about any of the characters or even the plot twists. “The Foreigner” feels like halves of two different (and probably good) movies pasted together, and now it doesn’t make much sense.

This vigilante justice story — standard fare for the aging action star — could have signaled a new turn in Chan’s career, but he has to share this movie with Brosnan’s a lot more fascinating plot about dynasties of terrorism. Unfortunately, neither star receives a fair shake in “The Foreigner.”