There have been some iconic venues as of this season’s Paris Fashion Week – Saint Laurent revealed its collection with the twinkling equipment and lighting of the Eiffel Tower as its backdrop, while Stella McCartney and Chanel chose their common haunts of the Opera and Grand Palais respectively – and last night night time it was the flip of Nicholas Ghesquiere’s Louis Vuitton to turf out the holidaymakers towards the fashion audience.

Going to the depths of the Louvre museum, friends were seated amongst stone wall surfaces around an lighted catwalk for the show that closed this month of fashion shows.

Since his appointment at Louis Vuitton in 2013, Ghesquiere has cemented his own personal style at the label. 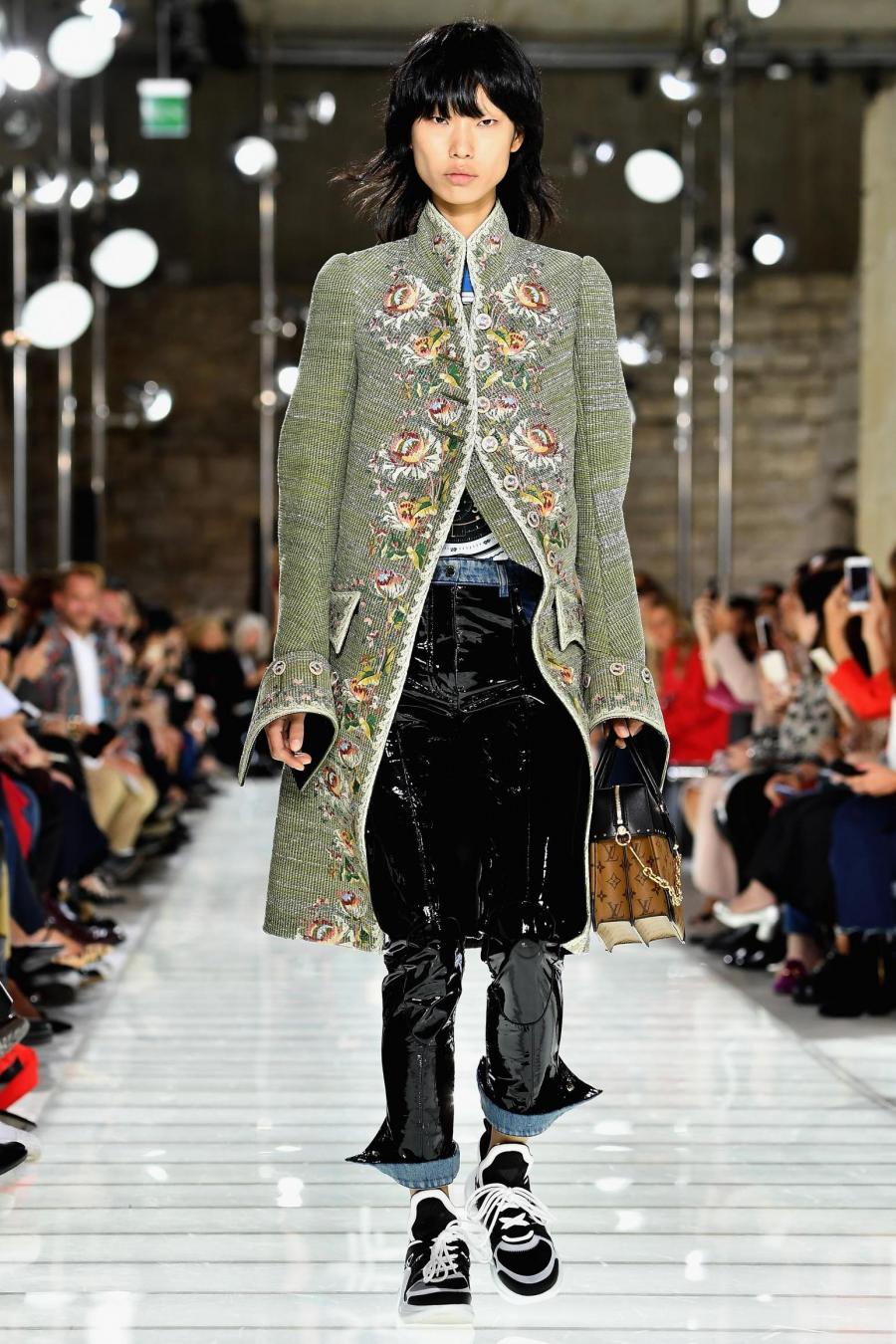 One of his favourite methods – cropped flared trousers – came out in various guises, including some with stiff poppered hems that were remaining undone to curl up at the corners; one dark-colored PVC pair uncovered an inner level of denim.

A strong theme in the show was the utilization of silk boxer shorts in black, white, green and polka dot, worn as outerwear with longer waistcoats and coat tails layered over the top.

The springtime/summer 2018 series have observed a great deal of print clashing and this show was no different, mixing up three types of stripes into one costume, or multiple floral images.

Ghesqiere’s designs often feel vintage and futuristic concurrently, looking both forwards and back again using their reference
“Might it be possible to awaken the clothes of long-gone eras and infuse them with the spirit of today?” asked the show records. “The collection is all about anachronisms, a dialogue of wardrobes transcending time”.

To the end, regency-style brocade jackets were combined with space-age silver trousers, while jerkins and puff-sleeve blousons were shown with chunky coaches featuring bouncy, large soles.